Is There Hope for Me

Is There Hope for Me


On the accompanying video we hear the account of how God called Gideon to go out and give hope to the people by rescuing them from bondage. People are asking the question, "Is there hope for me?" Jesus tells us to offer hope to those around us so they may experience the love of Jesus by His grace and mercy. We use the impact cards at our church to give us a visual reminder.


Listen to the pastor as he goes on:


In John chapter 1, it's a beautiful chapter but we see that

one person find the life and love of Jesus. So here we go.


“Then Andrew brought Simon to meet Jesus. Now this is beautiful. You see Andrew decided he's going to follow Jesus and Andrew got an impact card, Okay, follow up, and he wrote down Simon's name.


Now, he wrote down Simon's name. You'll find out later in

the gospel that Simon is actually Andrew's brother. Now some of you have family members and you're like, oh yeah my family members need Jesus, I'm going to write down their name. They need to be on my impact card, and Andrew says well, Simon is my brother, my biological brother. I want him to find Christ.


And then he brings him to Jesus. Look at what happens in the

of John. but you will be called Cephas which means Peter. Yeah now we know who this guy is, right? Peter was one of the disciples, not just one of the

disciples, Peter was the number one disciple. Every list of the disciples is what?

Peter, then James, then John. Andrew? Oh yeah, he's down there somewhere.


Maybe some of you, you did feel that way today, I'm just

the list somewhere. Listen, here's my question, what if Andrew hadn't have

invited Peter? You knew of Peter, you know him. He stood up and in one day, in

one sermon in Jerusalem 3,000 people got saved.

What is My Purpose in Life


But what if Andrew had said, you know what? I'm not going to

put Simon on my impact card. You see, Andrew can actually say, I actually

reached 3,000 people in one day because it reminds us the exponential nature of making an impact in one person's life. And never ever think that just because

that one person just might be the Peter of this generation.

You see, if you write somebody's name down on a scroll all of a

sudden it starts making a difference. So Simon is reached because of Andrew.

Now watch this, verse 43. “Then the next day Jesus decided to go to Galilee and

he found Philip.” Philip was on Jesus impact card. Watch this. He said to him,

“Come and follow me.” If you are wondering how to find purpose in life, all you have to do is follow Jesus.

In verse 44, Philip was from Bethesda, Andrew and Peter's

home town. So you can see kind of the nature of how everybody knows each other from this one particular town. And Philip immediately follows Jesus. It's

interesting, all he needed was an invitation. I wonder how many people are in

your world right now that are just waiting for an invitation? But you've

already decided for them that they wouldn't come.

Oh, they weren’t going to be in. I'm sure they would never want to

come to church. I'm sure they would never want me to ever say anything about

God to them. Did you know that 80% of people who are invited by a personal

invitation? And so by just saying I'd love for you to come just might be that

impact that God wired you uniquely to make.


And notice what Phillip does in verse 45, he gets an impact

card, he writes Nathaniel's name on it. Check this out, Phillip went to look

for Nathaniel and told him hey, we found the very person Moses and the prophets wrote about. His name is Jesus, the son of Joseph from Nazareth.


Phillip is so excited, look at this, “Nazareth?” exclaimed

Nathaniel, “Can anything good come from Nazareth?” Oh wow, we just hit a bump in the road didn't we? I mean, Philip's so excited, Nathaniel is on his impact card. He is excited. This is going be great. Nathaniel is going to accept this message and, by the way, did you notice that Phillip talks more than anybody else in this chapter? He's given him the whole rundown, this is who he is, is what

he does, and what does Nathaniel do? He's negative in his response.


I think some of us are tentative to write anybody's name


It's one of the challenges of the Christian life, it's not about you specifically. It's something about Christ, or probably they met somebody in their past that said they were Christian but didn't display the life of Christ and all of a sudden now they've got baggage, and they are responding to that and that's what Nathaniel is doing.


He is responding to that, not really Philip, but I want you to

notice what Philip does. Because if you are worried about a negative response

you start doing this. And I want you to use this response millions of time in

your life from this point on, okay? When you invite someone and they are

negative, like why would I do that whatever? All I want you to do is say and - I'm

going to underline this phrase here on the screen. We are all going to read it


So we can practice. Okay, this will be great - okay. Five words

let's just say it together here we go. COME AND SEE FOR YOURSELF. Period. That's it. Phillip doesn't argue with Nathaniel or say, oh yeah? Nazareth - let me show you this in the Old Testament right now. He doesn't get all nervous, oh he's negative.


What do I do now? They didn't tell me about this on the impact card. I guess I should have never invited him. No he doesn't argue with him, he doesn't say oh yeah, well listen, I've been to seminary. I'm going to show you from Genesis to Revelation. It's on now. I'm going to prove to you now.


No, no, I want you just come and see. How many people in our

lives are just waiting for this response? It's disarming. I'm not going to argue

with you, just come and see. Find the hope I've found, experience the love that

I know and just see for yourself. Just come with all your questions and

come to a place that's safe to have those questions. Come and see for yourself

But if you're taking notes, write this down. Impact is going to

require sacrifice from you. If it's going to be some sacrifices you are going

have to make, some of those are just that this person doesn't have a good opinion of you cause you just said you're a Christian. Well, he just invited him to

church, you feel that push back.


But remember Gideon. Well, Gideon gets out of his hole and says you know what, I'm going to sacrifice everything. I'm going all in. I'm going to be who God wired me to be and I'm not going to miss the rescue mission He’s calling me to be in on. He's sending me and I'm going to go. You see anything you do in life is going to require sacrifice, anything.


Hope for the World


From this message we are challenged to step out for Jesus; invite friends and family to come hear the Good News, and to tell them what Christ has done for us and what He can do for others. We know the one who gives hope for the world. Gideon responded well. May we do the same!


Jesus said unto them “Go ye into all the world, and preach the gospel (good news) to every person.” Mark 16:15.


“For by grace are you saved through faith; and that not of yourselves: it is the gift of God; Not of works, lest any man should boast.”  Ephesians 2:8,9 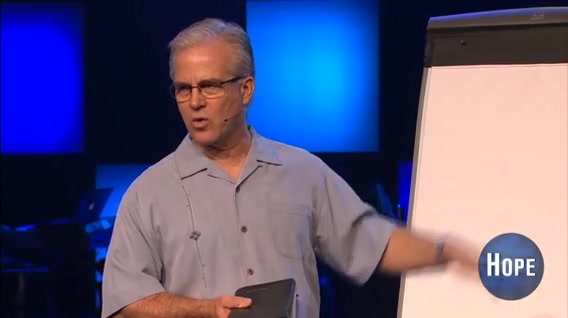 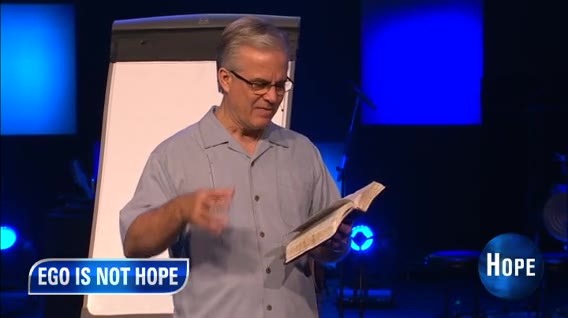 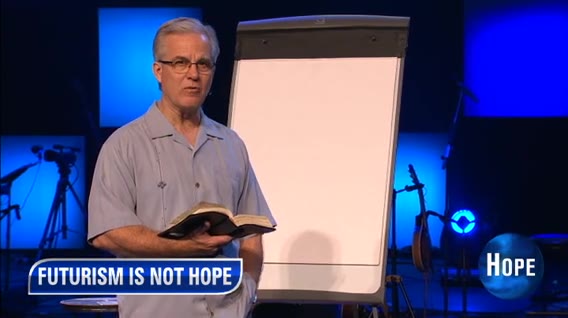 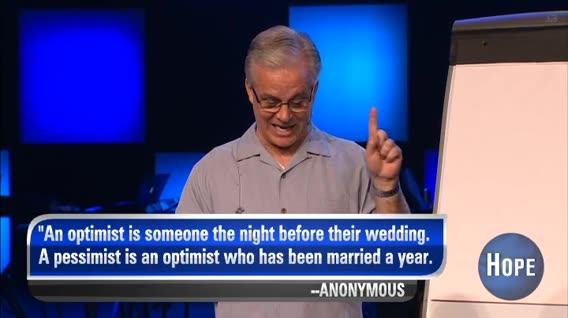 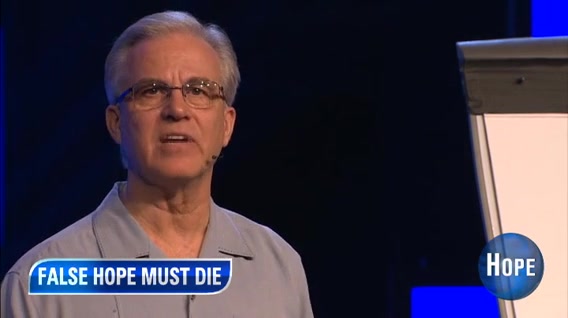 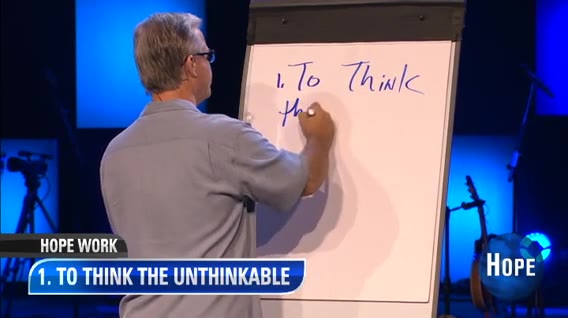 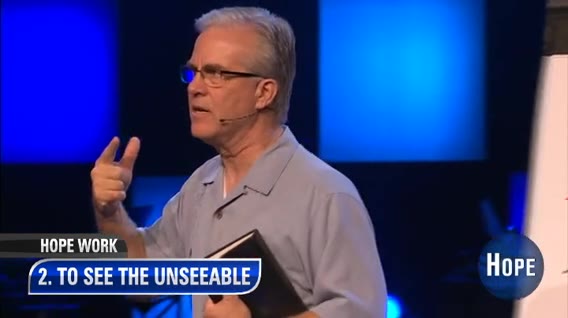 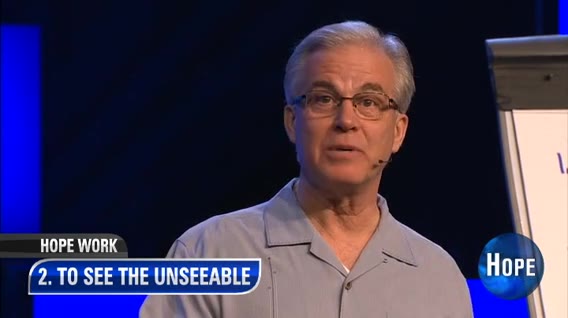 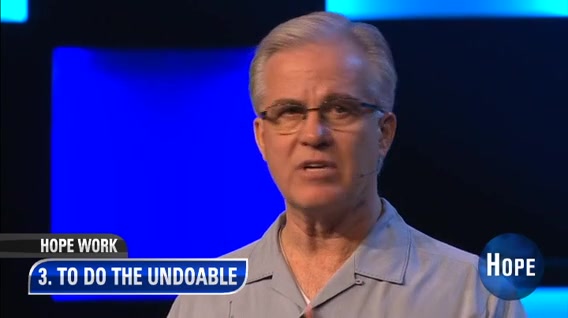 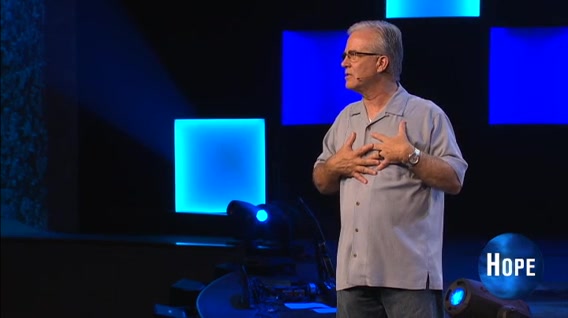 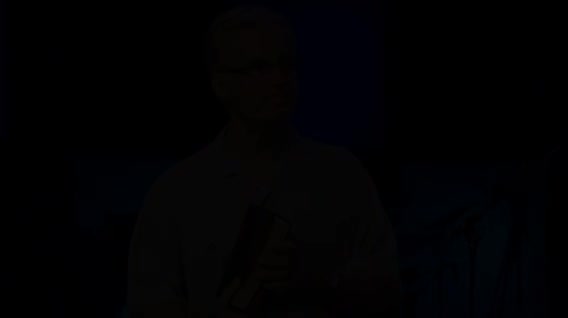